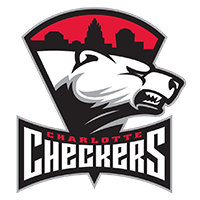 In the late 1990s at Cricket Arena, the CFD and CMPD teams joined to play a broom ball game during the intermission of Charlotte Checkers games. CMPD Officer Mark Faulkenberry had an idea and contacted CFD Fireman Wendell Jolly. They started the process of assembling a hockey team from each organization.

CMPD Officer Faulkenberry put out an all-points bulletin throughout the organization looking for any CMPD members who wanted to have some fun playing hockey against local firemen. Officers Todd Blum, Mark Balmas, Rich Korenich, Rich Tonsberg and many other officers quickly responded to the call.

CFD Fireman Jolly sounded the fire alarm throughout the department and many responded with interest in joining the CFD hockey team. Firemen Tripp Fincher, Kenny Inman, Jeff Stevenson, and Jeff Leclair were among the original five players. Many other CFD members joined in and a public safety game began. In the early years, the game benefited the CFD Burned Children’s Fund and the Burnett–Nobles fund. After September 11, 2001, the game was renamed the “911 Cup” with proceeds still benefiting many public safety charitable programs in the Charlotte area.

After about six years, the teams took a break from the game. The Charlotte Checkers were also leaving Cricket Arena at that time, heading to the new Uptown arena. In late 2005, the Checkers approached Captain Rob Brisley about re-instituting the game. Captain Brisley introduced the Charlotte Checkers staff to CFD Captain Tripp Fincher and CMPD Sergeant Todd Blum. Thus, the game was reborn as the “Salute to Heroes Game”. Additionally, the CFD decided to join forces with MEDIC, and CMPD with MCSO, to field their respective teams.

The game now benefits families of local public safety members who are injured or fallen in the line of duty. The game has grown exponentially and garnered the support and attention of public safety organizations and charitable organizations from both North and South Carolina. 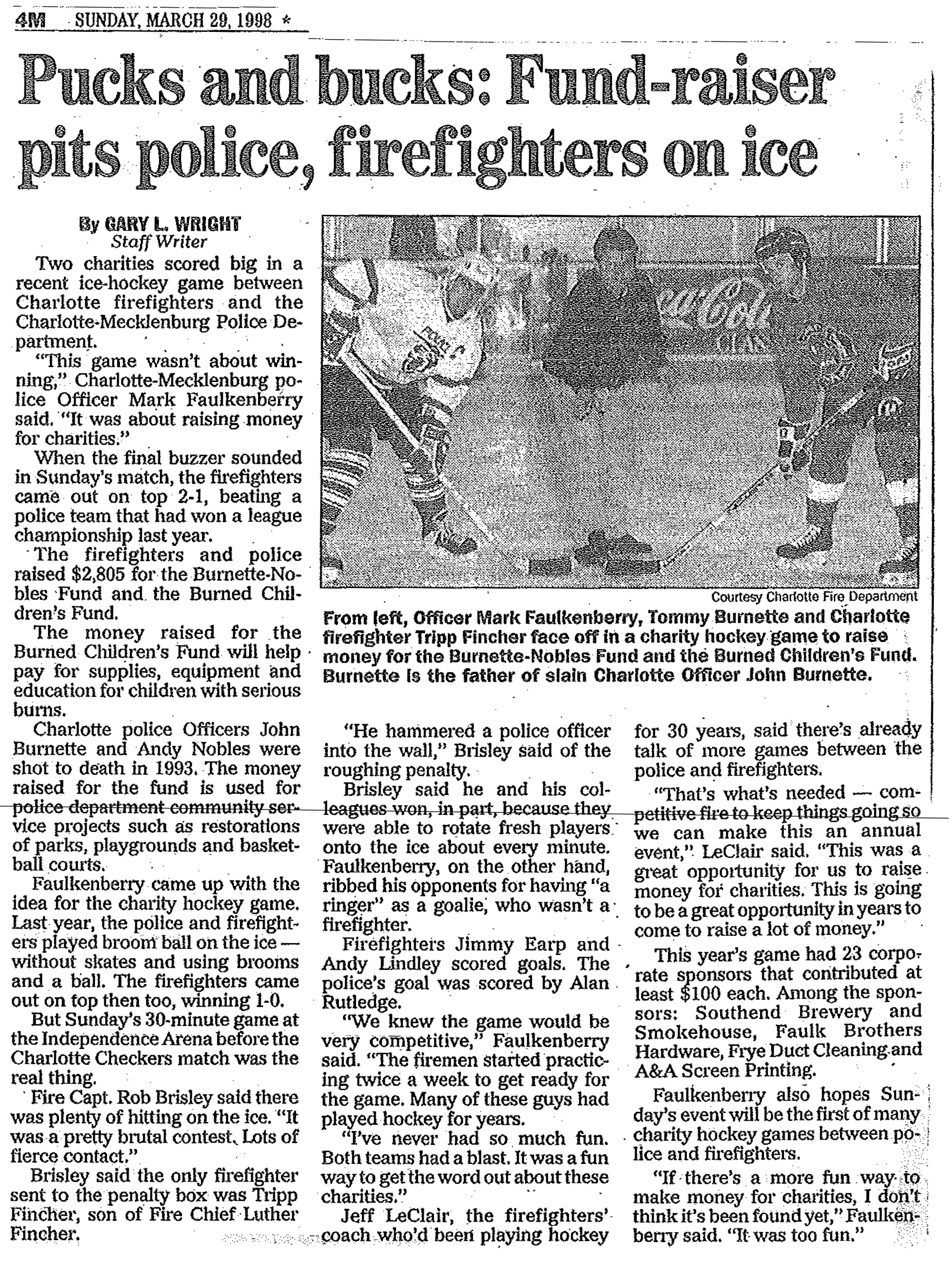